The Idaho state highway department is planning to build a new bridge across the Snake River at Marsing beginning in 2017. The new bridge will carry two lanes in each direction as opposed to the single lane per direction provided by the current bridge. Some people in Marsing would like to be able to save the old bridge. The old bridge would certainly make a nice place for walking, bike riding and fishing.

It remains to be seen if there is room for the present bridge plus a new four lane bridge. Certainly there is some space upstream from the present bridge; that was the location of the first (1920) bridge at Marsing. And having the bridge slightly upstream would give cars going east on Hwy 55 more of a run at climbing the grade into the Sunny Slope region. The present layout has been somewhat deficient in that respect. 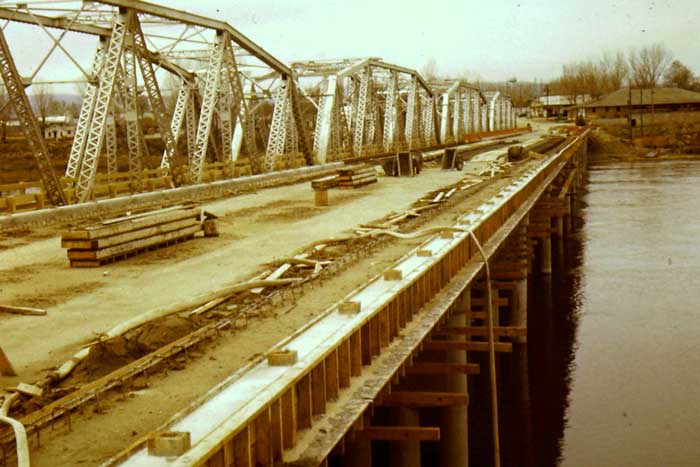 1955 photo showing old (1920) and new bridges at Marsing, Idaho. The old bridge was south of the bridge being used today.